where r is the parameter of interest, subscript t is the time derivative of x. An equilibrium of the system is a point where the system remains unchanged or equivalently

In our case if r is greater than zero then there are three equilibriums:

We can plot the derivative x_t against x: 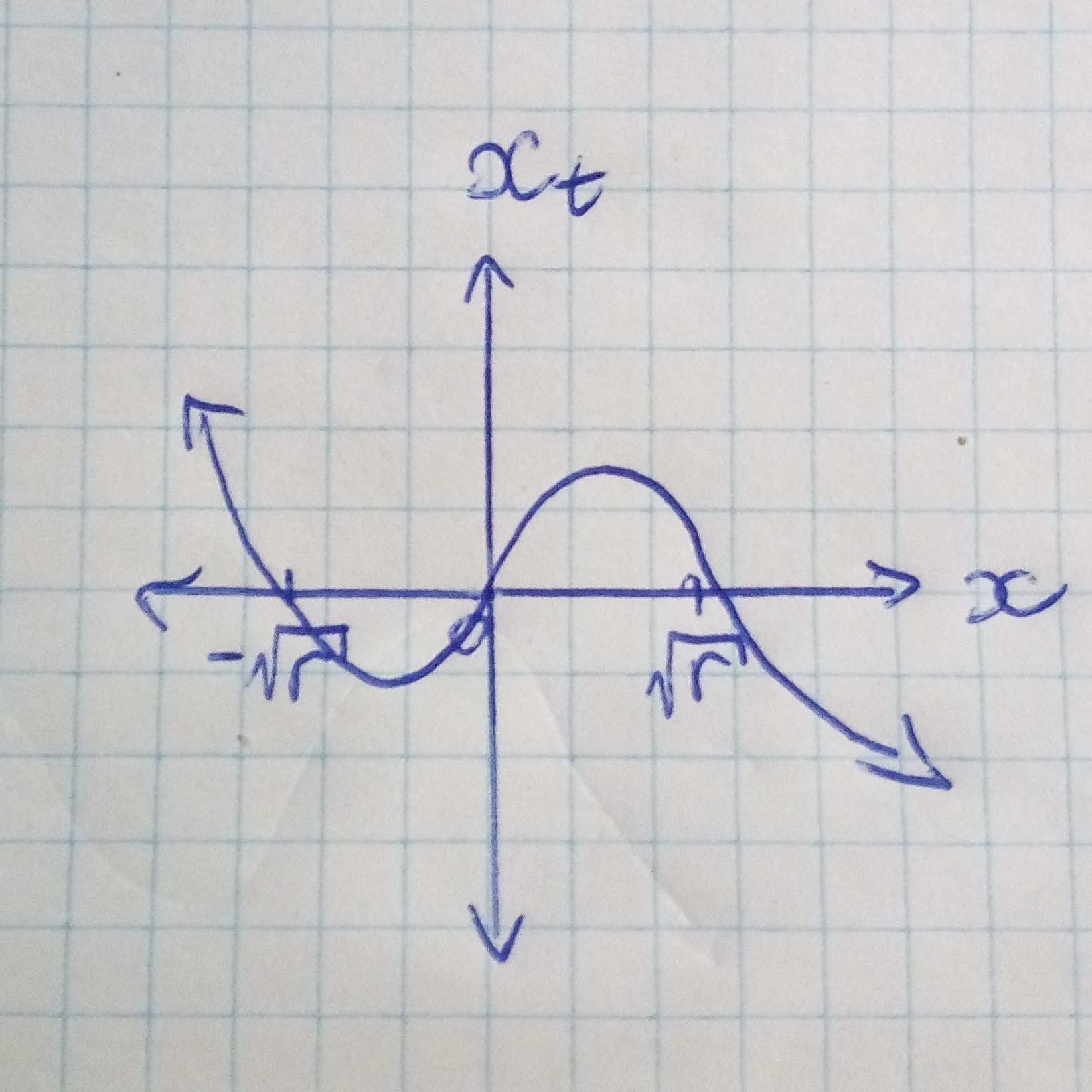 The first equilibrium is unstable since a slight perturbation will cause to move away from it (similar to a ball on top of a hill being slightly pushed will roll away). It is unstable because if x is slightly less than zero then the negative derivative (refer to previous plot) will cause x to decrease away from 0 and similarly if x is slightly greater than zero then the positive derivative will cause x to increase away from 0. Using similar logic the other two equilbiriums can be shown to be stable (a ball in a valley pushed will roll back).

When r is less than or equal to zero there is only one equilibrium (x=0 which is stable). Once again we plot x_t against x: 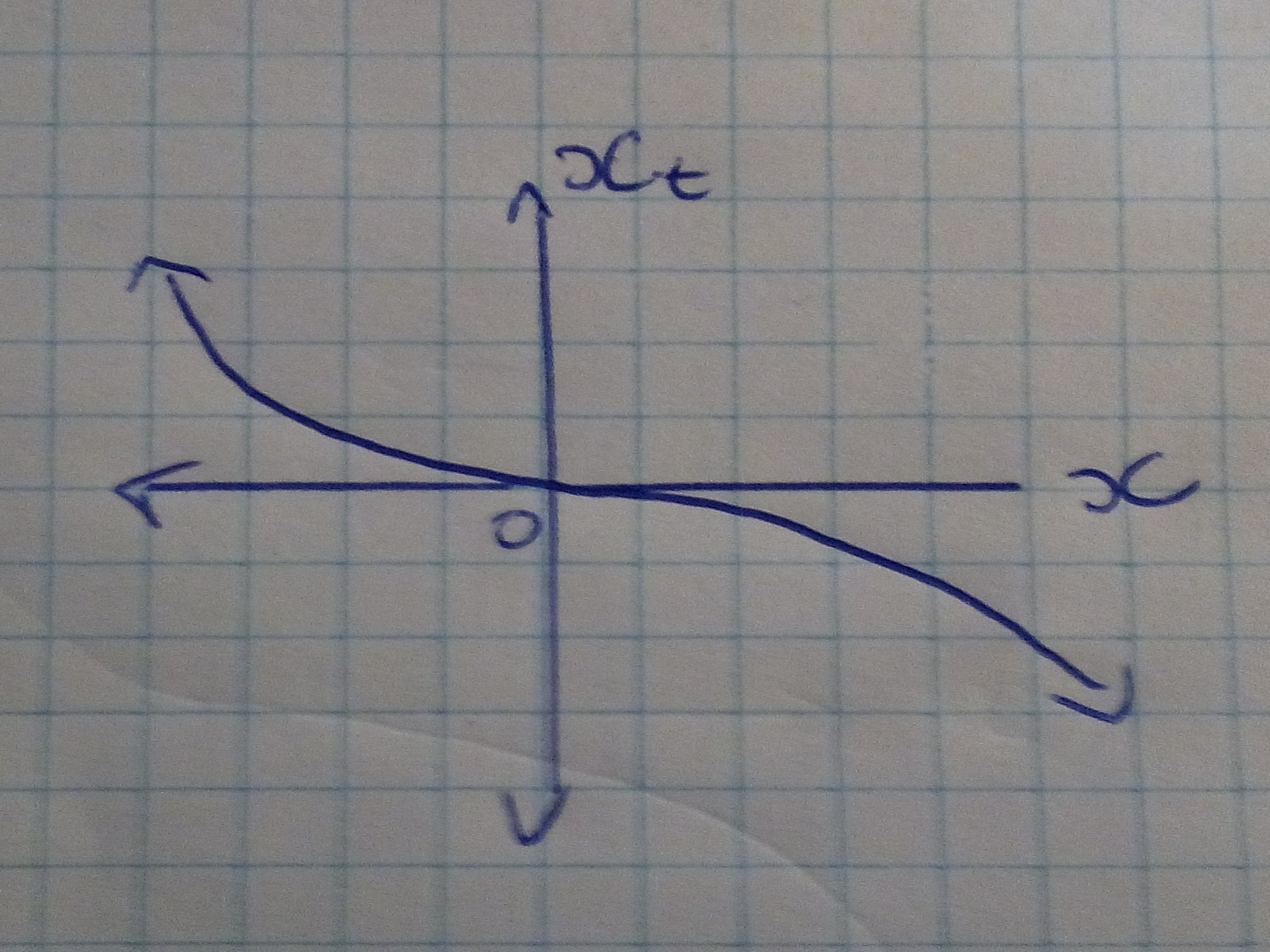 When varying r from negative to positive we move from one stable point to two stable points. r=0 is the bifurcation point where small variation will cause strong qualititative change in the solution.

where r is the parameter. We will restrict r to be in the range 0 to 4 (this provides that if x_{n} is between 0 and 1 then x_{n+1} will also be between 0 and 1 - can be checked via derivative tests). The logistic map reprents a population model where x_{n} between 0 and 1 represents the percentage out of a total maximum possible population. Below are some sample populations for different r values 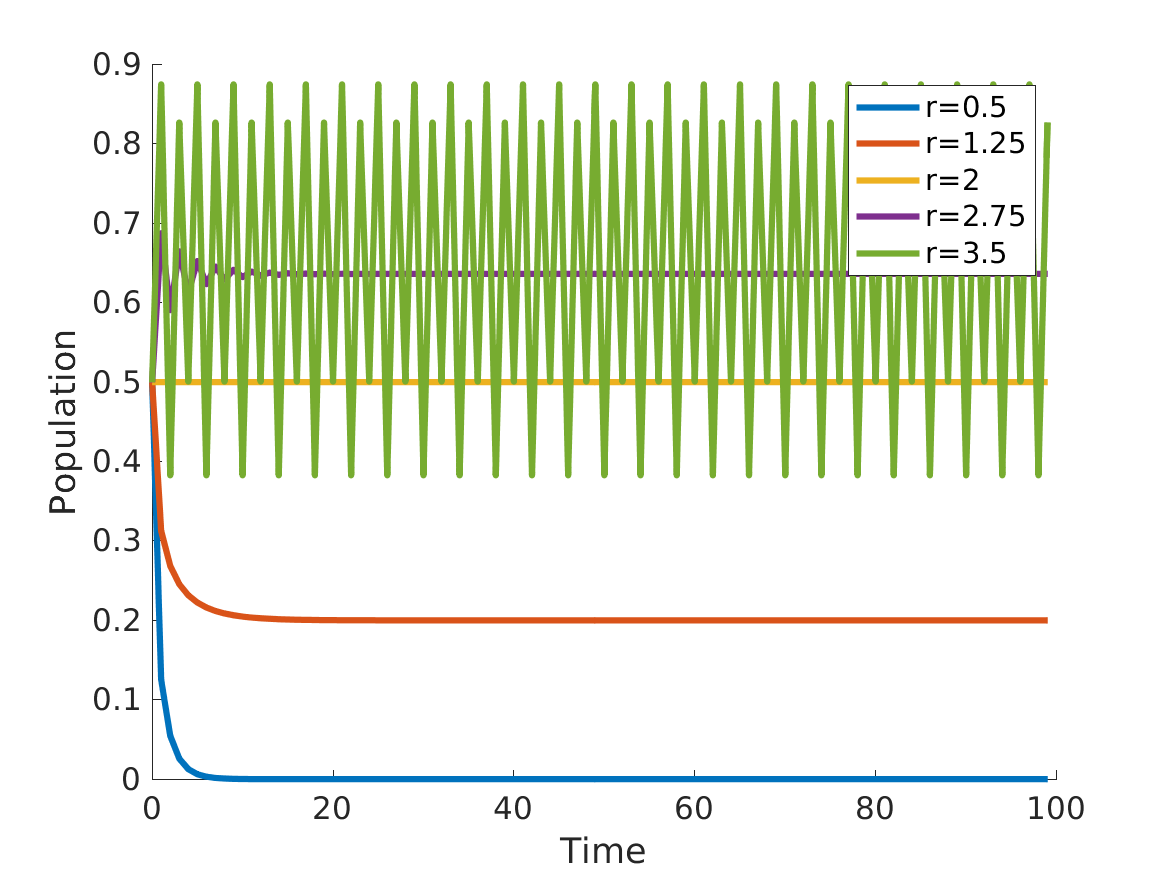 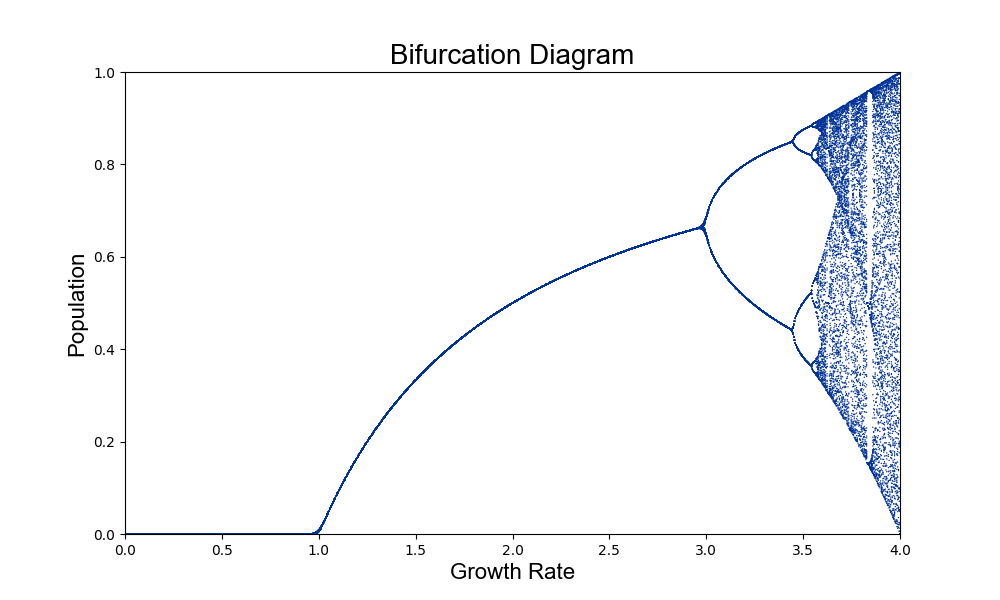 If we zoom in to a smaller range we see the following: 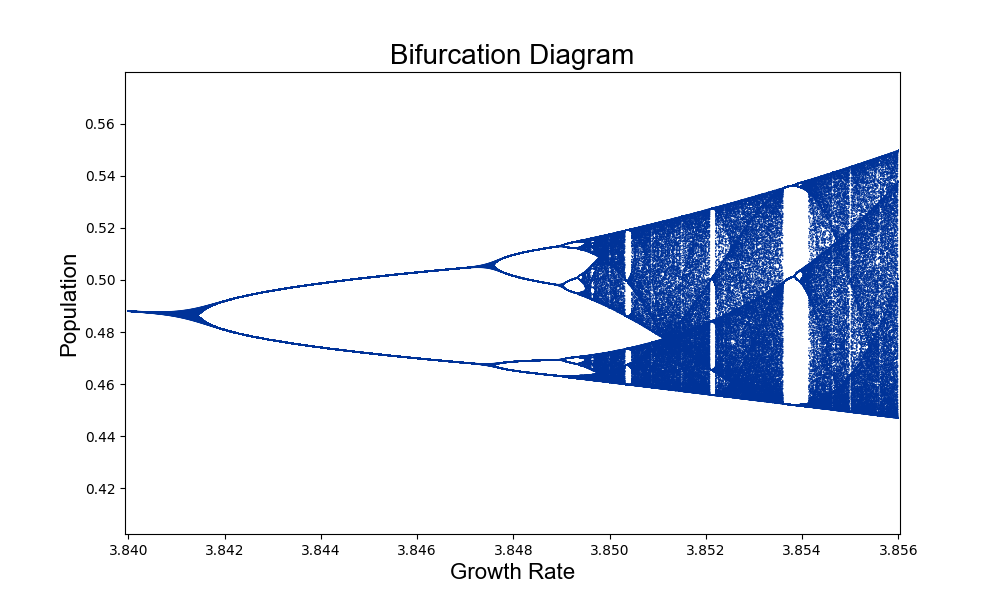 and if we zoom in even further we start noticing a fractal type pattern emerging - same structure at every scale. From the simple logistic map equation we obtain a beautiful pattern. 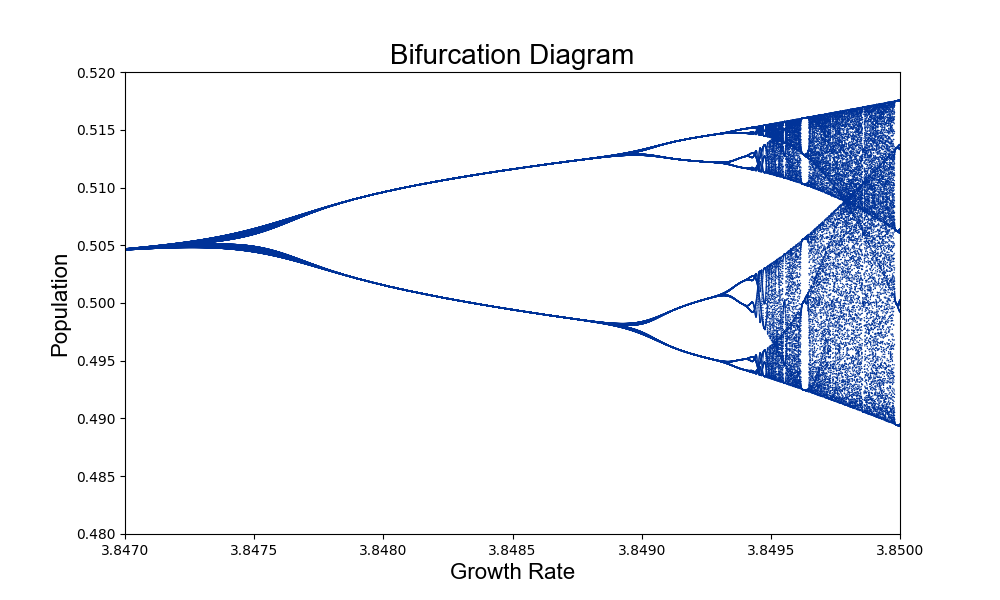 Some of the code used to generate the figures, insipiration as well as additional reading material can be found here: