Hello everyone! I have completed my Masters of Mathematics at the University of Waterloo. It has been a very interesting experience. I have learned a lot over the past two years. My thesis can be found here. I’ll copy my abstract below and post it here to give one a good idea as to what my thesis is all about:

The algorithm used for determining sensor placement in this thesis will be based on the Kalman filter. This filter is very famous and its application are numerous - some examples include aircraft navigation, finance and weather forecasting. It is used to extract an estimate of the true state of a system based on noisy measurements. For linear systems, where the noise satisfies certain assumptions, the Kalman filter minimizes the expected squared error between the filter’s estimate and the true state of the system. By varying the sensor location, and therefore the observation matrix, one can further minimize the expected squared error to determine an optimal sensor placement. For linear systems, a regular as well as steady state Kalman filter are used for the sensor placement algorithm. This thesis examines this concept further, for nonlinear systems by using the Extended Kalman filter.

I learned over the course of my Masters that good explanations and books are rare. Over the course of my undergrad in computer science, I heard the joke that programming is just googling/stackoverflowing many, many, many times. It is true that there is a bit of that when learning new concepts or trying to quickly build something together for the first time. Everyone who has coded has done some sort of squirrel digging for nuts, scavenging online type action. Some concepts can indeed be found on some forum but some concepts cannot. In undergrad, basic sources in explaining concepts can be found very easily online. For example, are you taking linear algebra but cannot follow? There is a ton of resources as there are millions of people before you, with you, and after you that are learning how to compute the inverse of a matrix. Trying to apply the steady state Kalman filter for sensor placement research? Now there are fewer people working on this topic. If it is your first time in a niche topic then you need to do a fair bit of reading and thinking before understanding it. During a Masters you realize how informative some books/resources are versus others. A book commonly referenced by the fluids group was Fluid Mechanics by Kundu. There are many books on this topic, but this was a group favourite. But not just any edition… the first edition from 1990! I have many anecdotes of this kind. The result is that I now have a small collection of old but very good books.

The collection, the finding, the analysis and understanding of resources is a very important concept learned throughout a Masters. The title that comes along with the Masters (math, science, art…) depends on the field where your research/knowledge can be applied. In my case, it was Mathematics. So now I am a Master….a Master of Mathematics. What does that even mean? Who are mathematicians anyway? I will not answer any of these questions but will leave you with the following passage from a good old book I now own (Mathematical Thought From Ancient To Modern Times - Morris Kline 1972):

“…a new group of humanists devoted themselves to collecting, organizing, and critically studying Greek and Roman learning. These men made assiduous studies, and with on the whole questionable sagacity strove to cleanse the texts of errors and to restore lost material…Though this activity may have aroused an interest in learning, it nevertheless fostered the deception that learning consisted in deepening and confirming the accepted body of knowledge.

Typical of the humanists of the sixteenth century was the algebraist Jerome Cardan (Geolamo Cardano), who was born in Pavia in 1501. His career as rogue and scholar is one of the most fascinating among the fantastic careers of Renaissance men. He gives an account of his life in his De Vita Propria (Book of My Life), written in his old age, in which he praises and abases himself. He says that his parents endowed him only with misery and scorn; he passed a wretched boyhood and was so poor for the first forty years of his life that he ceased to regard himself as poor because, as he put it, he had nothing left to lose. He was high-tempered, devoted to erotic pleasures, vindictive, quarrelsome, conceited, humorless, incapable of compunction, and purposely cruel in speech. Though he had no passion for gambling he played dice every day for twenty-five years and chess for forty years as an escape from poverty, chronic illnesses, calumnies, and injustices. In his Liber de Ludo Aleae (Book on Games of Chance), published posthumously in 1663, he says one should gamble for stakes to compensate for the time lost and he gives advice on how to cheat to ensure that compensation.

After devoting his youth to mathematics, astronomy, astrology, physics and gambling, he graduated from the University of Pavia in medicine. He practiced this art, later taught it in Milan and Bologna, and became celebrated all over Europe as a physician. He also served as professor of mathematics in several Italian universities. In 1570 he was sent to prison for the heresy of casting the horoscope of Jesus. Astonishingly, the pope subsequently hired him as an astrologer. At seventy-five, shortly before his death in 1576, he boasted of fame, a grandson, wealth, learning, powerful friends, belief in God and fourteen good teeth.

His writing embraced mathematics, astronomy, astrology, physics, medicine, and an enormous variety of other subjects, including moral aphorisms (to atone for his cheating at cards). Despite much training in the sciences, Cardan was a man of his times; he firmly believed in astrology, dreams, charms, palmistry, portents, and superstitions, and wrote many volumes on these subjects. He is the rational apologist for the occult arts, which, he contended, permit as much certitude as do navigation and medicine. He also wrote encyclopedic treatises on the inhabitants of the universe, that is, angels, demons, and various intelligences, including in these books material undoubtedly stolen from his father’s distinguished friend. Leonardo da Vinci. The extant material fills about 7000 pages.”

The hall way outside my office where I was during my masters: 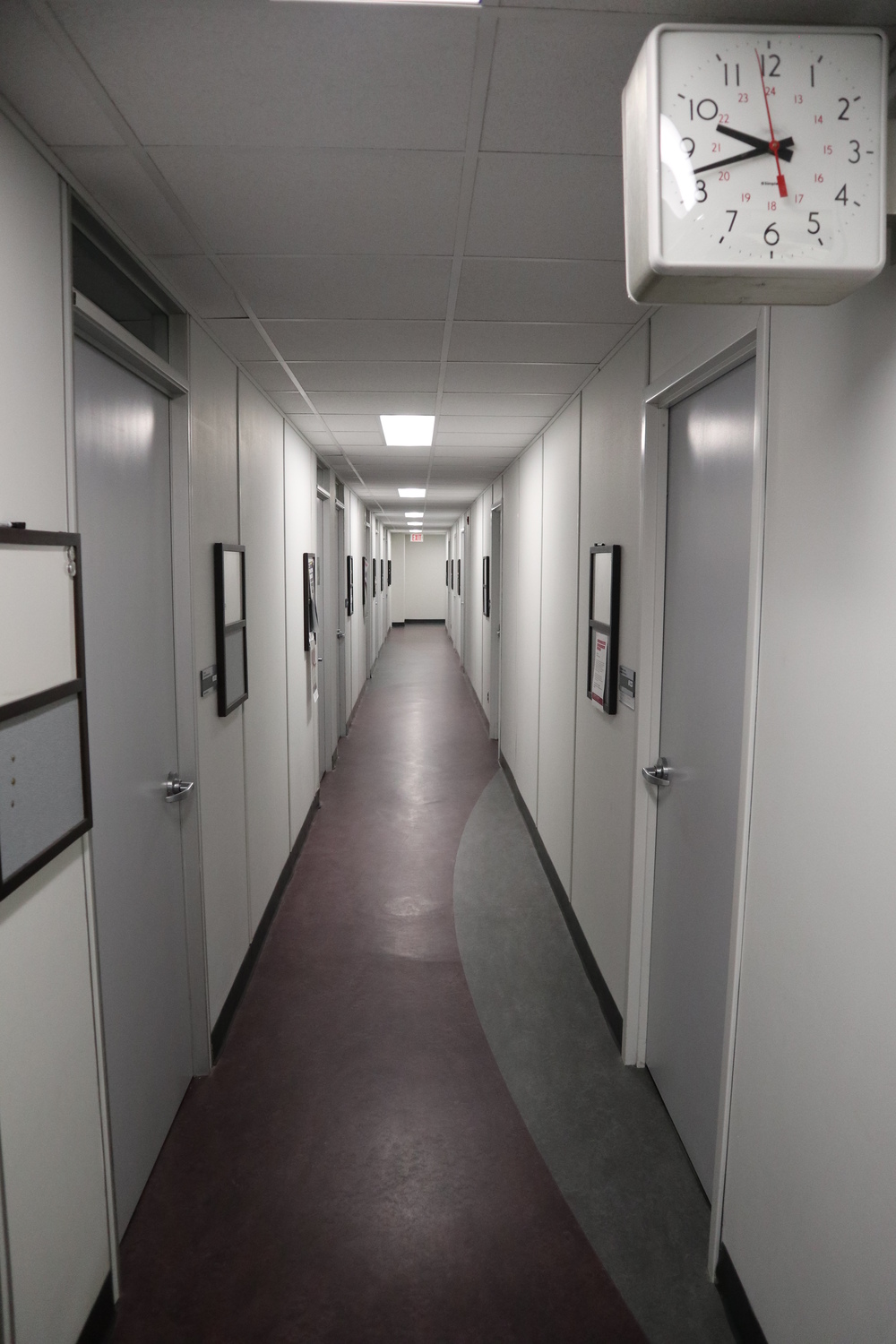 The hallway was in the MC building: 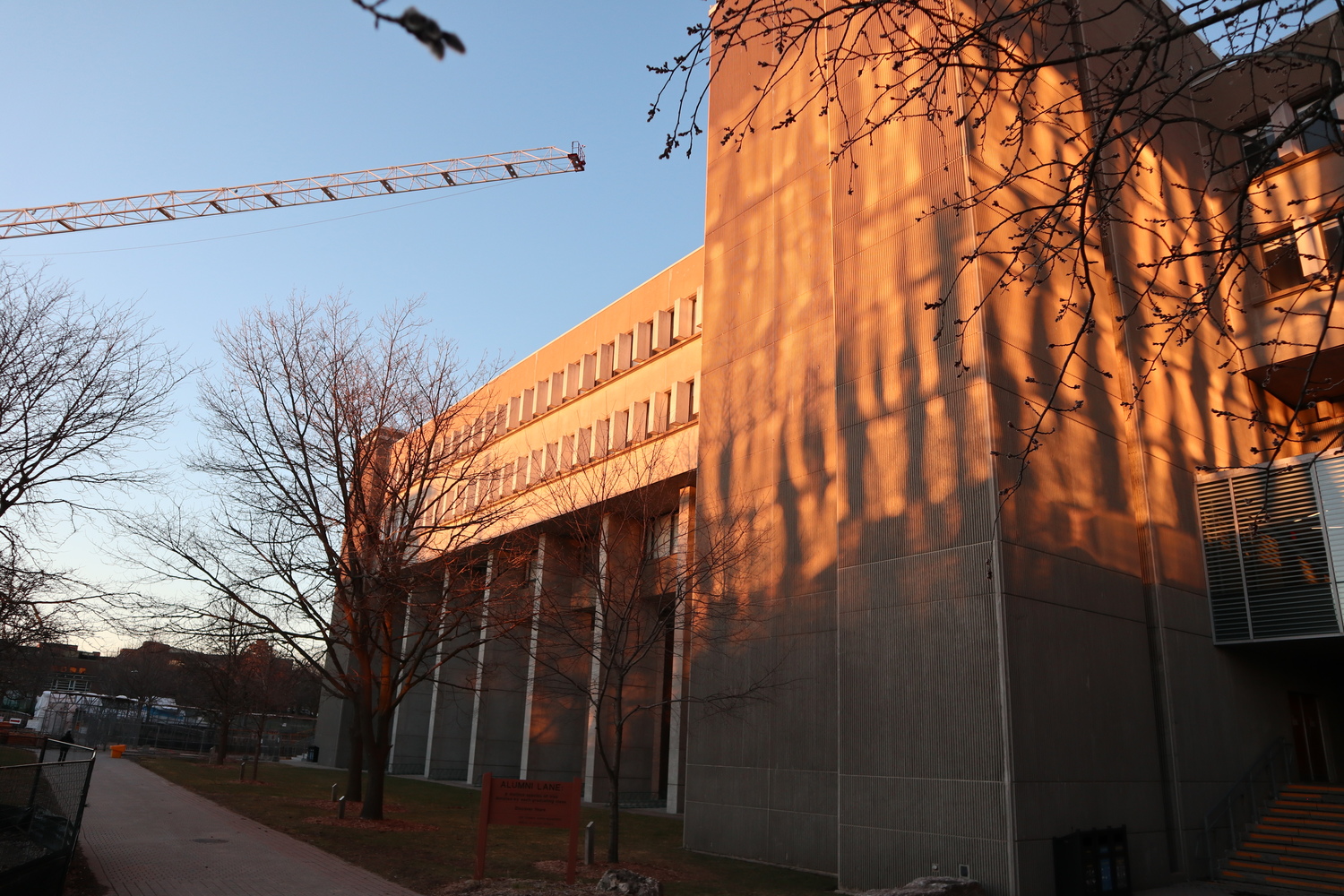